In this episode of The Podcast Reporter, we discuss a theme that I do review annually — and that is, in remembrance of the Allied invasion of France in WWII in the battle for Normandy, we reflect on Operation Overlord (i.e., called D-Day — which, for airborne troops, was something that occurred with every combat jump, because every jump was referred to as a “d-day.”). I do this because I, myself, served in the US Army Airborne in the 505th Parachute Infantry Regiment of the 82nd Airborne Division (which was a major unit in the assault over Normandy in the early morning of 6 June 1944). And thus, to the thousands of paratroopers and glidermen that assaulted the Normandy fields, we honor and dedicate this episode to them.

I also was able to know one of the paratroopers who did assault Normandy in operation overlord — in fact, he had made all 4 combat jumps with the 82nd Airborne Division in WWII . His name was Al Essig, and he did pass away several years ago. May he RIP. As a paratrooper some 50 years ago, I do honor and respect the bravery of such men who volunteered to go airborne.

Now, for this episode, I deliver some audio of a book that was written by another paratrooper who served with the 504th Parachute Infantry Regiment of the 82nd Airborne Division. His name was Darrell G. Harris, and he also has passed away a couple of years ago. He wrote a book about his experiences in WWII, and it was called Casablanca to VE Day: A Paratrooper’s Memoirs. DG Harris had made 3 combat jumps — in Sicily, Salerno and Holland (in Operation Market Garden, which mission was immortalized by the book by Cornelius Ryan and movie of the same name called “A Bridge Too Far.” 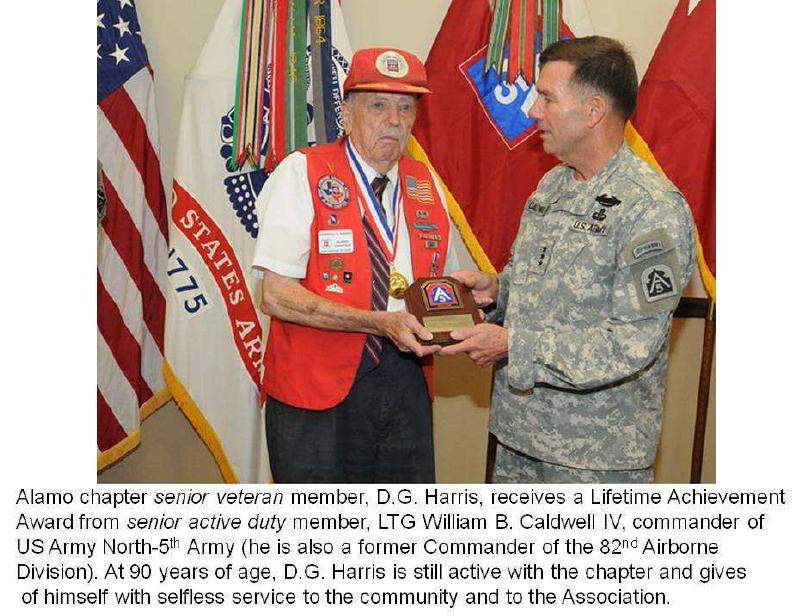 The above player, and the one below, are the mp3 files for the audio content of the book by DG Harris, Casablanca to VE-Day: A Paratroopers Memoirs. 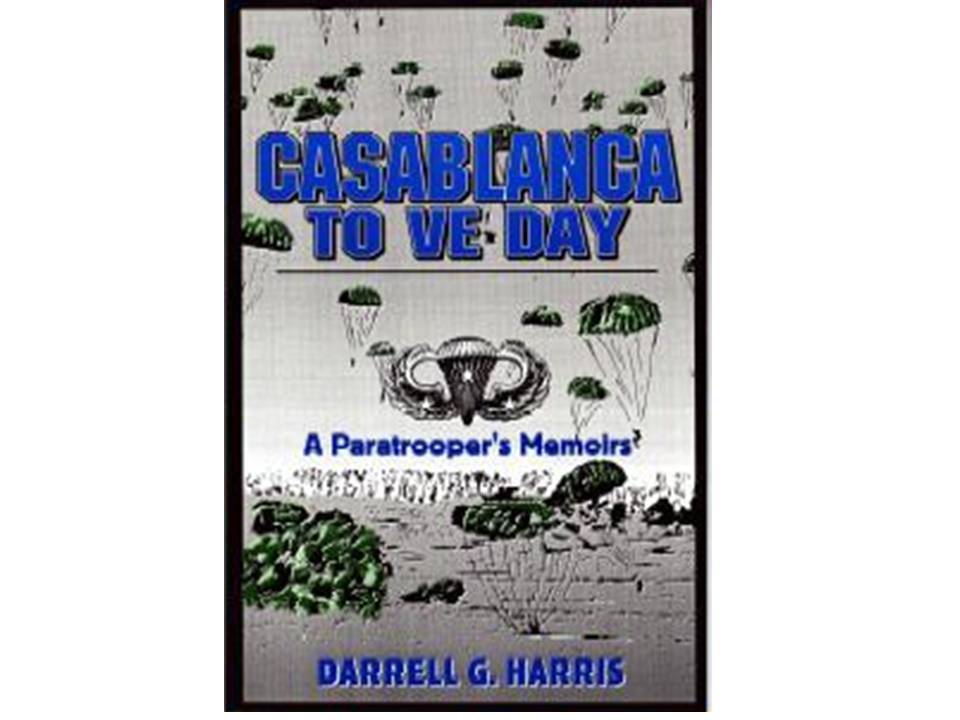 Now, Ryan was the same author who also wrote the book, The Longest Day, which was also made into a movie in 1962, with a lot of stars and celebrities playing the actual roles of live veterans from WWII, in portraying both the airborne parachute element and the seaborne invasion on the shores of Normandy. One element that was different and which started a trend in Hollywood movies was that actual Germans spoke German in their portrayal of the Axis side, while British subjects portrayed the British forces, and the French portrayed the French forces. And each group spoke in their native language with English subtitles. So you did not have American or Canadian actors portraying Nazi troops and speaking German (in their broken accents). This has now become a trend in Hollywood to accentuate realism.

So, too, in celebrating the success of this incredible and monumental operation in time of war, we reflect upon the theme that breaking new ground in your medium should be something that you, as a podcaster, should consider in order to drive to success in your area of the podosphere.

By this, we mean that other podcasters are now going forth with the new podcast apps, or with new practices for requesting and getting donations (e.g., using the value-for-value model, which was encouraged and widely used by Adam Curry and John C Dvorak of The No Agenda Show for the past several years — and which other podcasters have now taken up as their own method of getting financial support in the donations from their listeners or “producers”).

So the question we ask now is “what can you do to make yourself different from the rest of the podcasts, in whichever way or manner or activity that you can bring to the table as fresh ideas?”

And if you reflect upon the enormity of D-Day, 6th of June, 1944, many of the activities and tools and tasks of the operation were new and many untried — but the end saw success for the Allies who dared to make the assault at a place and time that was not anticipated by the enemy (or, in your case, the “competition”).

What we would suggest is to have a planning session with yourself to reflect, analyze, plan and commit to a test of planning, producing, publishing and/or promoting your podcast in new ways or with new ideas in order to make your show more successful. If it works, then great! If it does not work, well, you have succeeded in sowing the seeds of perhaps what could be the next task, following, standard or item in the podosphere for others.

So if you are brave enough to plan and execute this new operation — just as the Allies did for Operation Overlord in assaulting Normandy in WWII (in many ways) — perhaps you, too, can achieve a breakthrough success for yourself and maybe for others in the area of podcasting. And we wish you well, as we will look for those who would be doing these types of innovations for success and promoting them.

So, in honor of the 82nd Airborne Division and those who found in the air and on the beaches of Normandy on  6 June 1944, we look forward to remembrance of Operation Overlord (both for the Airborne parachute and glider operations, as well as the beach assault on the shores). Remember, your contribution of creativity could actually turn out to be THE LONGEST DAY for you in podcasting.