In this episode of the Podcast Reporter show, we discuss a recent interview with Rob Walch, VP of Podcaster relations for libsyn. This was done by the audio podcast show called Podcasting Business School.

The main theme throughout this 48-minute audio interview by Adam Schaeuble was the REAL value to a podcaster of downloads, reviews and subscriptions of a podcast show and its episodes.

Now, I have known Rob Walch since 2006 when I met him at the very first Podcast and Portable Media Expo in Ontario, California and had a great conversation with him. I have read his book, and I have also interviewed him on this podcast show in the past, especially at conferences where he was representing libsyn.com. And because I respect so much his talent and his leadership and his contributions to the podosphere, I treat him like the “EF Hutton” in podcasting — that is, when he talks, everyone stops to listen. He has also had an early podcast show in 2004 and following called Podcast411.com. This was the audio podcaster’s version of “Inside the Podcaster’s studio” that mimicked the similar version of the television show for actors and directors. 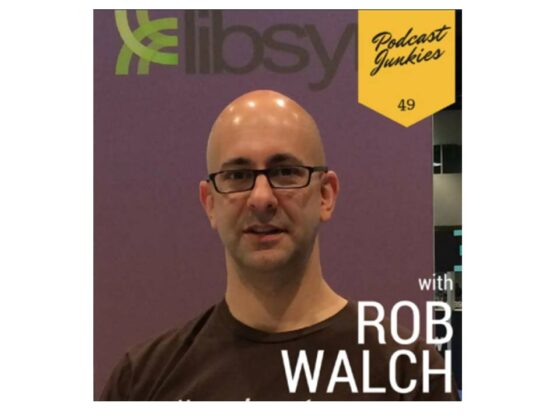 As you will hear in that audio episode from the Podcasting Business School show, Adam inquires mainly about dowloads and their value to the aspiring and new podcaster mainly. However, Rob takes it a notch higher and explains the REAL VALUE to the podcaster of:

For myself, I had never really got caught up in the mental fantasy of having zillions of downloads, as I chose NOT to advertise on any of my 18 podcast shows that I have had in the past 15 years. Instead, I chose to follow the path of monetization and discover value in feedback from other podcasters and listeners. And I chose to be involved in the value of live events and podcasting conferences.

I would very much suggest that you listen to the interview with Rob to see where you would land on the spectrum of reality in podcasting — whether you are drinking your own Kool-Aid in podcasting by believing some of the myths that Rob points out, or whether you are really chasing the value-based targets that can help to grow your podcast audience and lead you to make a success of your podcast show.

The answers have been delivered by Rob Walch and other very early podcasters in the podosphere for the past 15 years, but many of the new and aspiring podcasters still want to defy logic and reality and follow their passion as they try to convert their dreams into what seems the road to success.

We hope that you, as a podcaster, can get value from what Rob explains — for he has the credentials, the logic, the experience and the reality of what it does take to grow your show.