In this episode of The Podcast Reporter, we discuss a case study of how a podcaster can get a live interview with a CELEBRITY at a live event, even though it was not planned and just happened to be done on a moment’s notice — with only a business card as an introduction to the celebrity.

In this case, I did an interview with Joseph Galloway, celebrated author, speaker and correspondent. One of his most famous works was the book We Were Soldiers…and young. It was co-authored with General Hal Moore (RIP). It was then made into a motion picture (with the same name, almost), starring Mel Gibson in 2002. 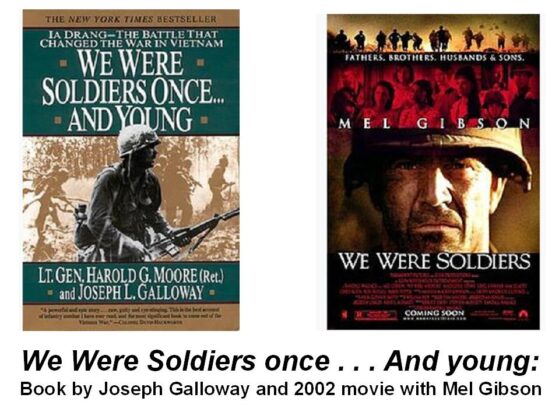 Now, as a case study for a podcaster, you may want to know about the tasks of getting on the radar at a live event, in an impromptu situation to get a live audio interview with a personality that is being surrounded and mobbed by the fans.

Here are the issues that I encountered and met:

In this case, Mr. Joseph Galloway was the keynote speaker for the unveiling of the permanent memorial (a permanent “wall” with all 58,000+ inscriptions of the names of the fallen soldiers during the Vietnam War). He was always surrounded by hundreds of veterans after his presentation.

But he granted me the 5-to-10 minute time frame for a quick interview.  And I was grateful.

As you will hear in this audio interview, I had my Zoom H2 portable recorder — and with the background noise of a live event outdoors (especially with a Huey helicopter taking off in the background as we spoke) and I tried to get the best audio that was possible as I was reading the audio indicators on the device for his mic and for mine.

Afterwards, I tried to get the best quality audio with the tools available at the time in post-production. However, because it was live, impromptu and outdoors with ambient noise, most of the time, your audience will understand and will not be bothered by audio that is not studio-perfect.

Now, I have used this same technique for interviews that were not planned or done over the internet with either Skype or via double-ender. And this process seemed to work well, with the celebrity being appreciative once the final mp3 was received and reviewed.

Just a word of warning — if the celebrity reviews the final mp3, then please make the edits that are requested by him, and then send them back again for a final review and approval.

So, we hope that your interviews that are done in a live and unplanned environment can become good VALUE for your listeners — as well as for the celebrity — and that these will help to make your podcast show a success.

And at the end, we deliver to you the complete episode from a prior podcast that contained the 8-minute interview with Joe Galloway.

Copyright (c) 2020, Matrix Solutions Corporation and Joe Galloway and We Were Soldiers. All rights reserved.