In this episode, we discuss how having a podcast with interviews from military veterans led me to meet a major actor and voice-over artist. The celebrity’s name was R. Lee. Ermy. He was a combat veteran of the Vietnam War in the US Marine Corps; and as a celebrity, he was an actor, a voice-over artist (from Toy Story), and an advocate for the support of US veterans. He achieved fame for his role as Gunnery Sergeant Hartman in the 1987 film Full Metal Jacket 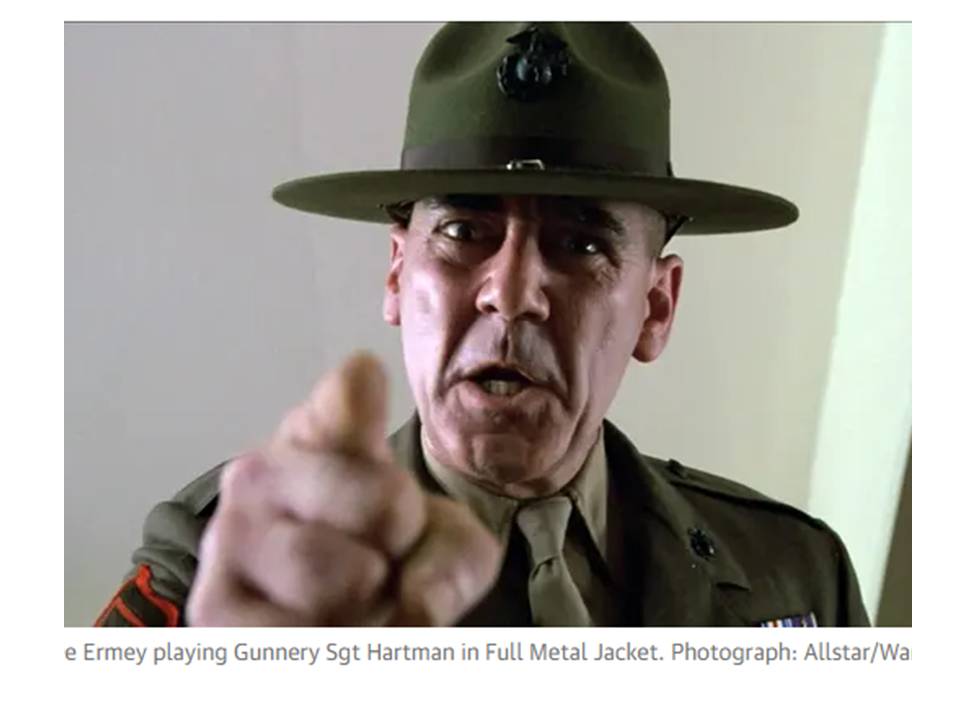 Because of my podcast, I got a chance to meet and share camaraderie with R. Lee Ermy. Here are a few facts about my encounters with him.

I would have never met him and I would never have been a comrade with him from the Vietnam War as a combat infantryman (and would have had a final interview with him) if it weren’t for the business card of my PODCAST SHOW called The Combat Infantrymen’s podcast show.

Thus, I wish to thank Dave Jackson for the idea and segment of his podcast show called The School of Podcasting in which he started the idea for me of the theme titled BECAUSE OF MY PODCAST…